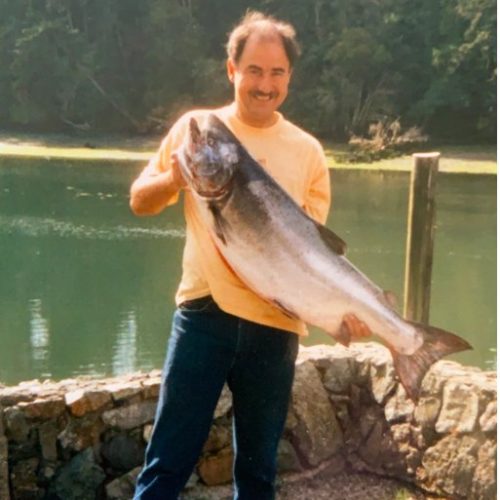 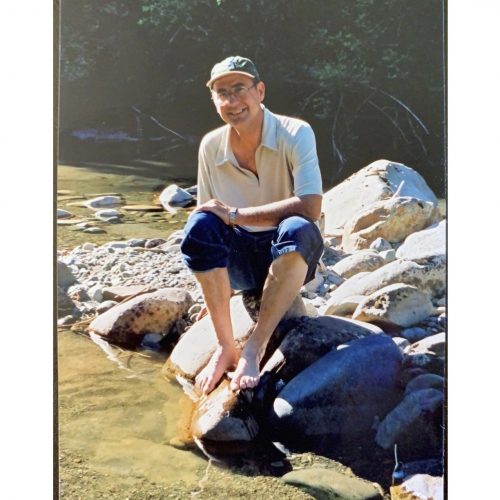 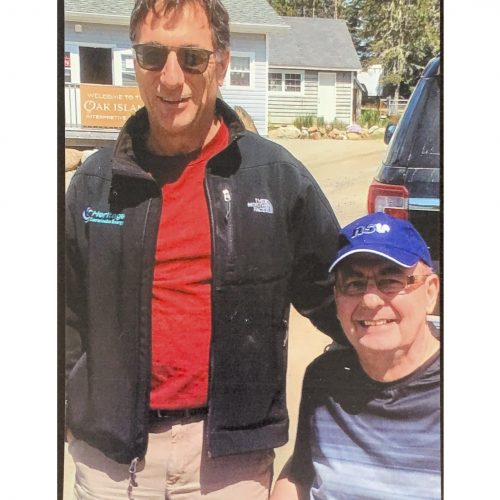 When Larry got that twinkle in his eye, you knew he was up to mischief. He was always ready for a laugh or an adventure as his many friends will attest. Larry was a well-travelled, multi-faceted man.  Born in Toronto and raised in Burnaby, his adventures started soon after graduation. Signing up as a merchant mariner he worked on ships visiting ports in the far east and Australia for two years.  Returning to Vancouver, he worked with a hotel group trouble shooting.  Needing a change, he left for the United Kingdom and eventually took a job in the Orkney Isles. Here he met and married the mother of his daughters, Martina (Paul) and Melanie (Marcus). Larry lived in Kirkwall for several years and worked alongside his father-in-law in their construction business.  The young family eventually moved to Vancouver. In a few short years the opportunity to manage a hotel in Victoria arose. His work life had taken a toll on the marriage and Larry accepted the job as a single man.  He would go on to have several more relationships.  As some would say Larry loved being in love. His love for his children remained strong, prompting visits and calls to maintain the connection. As General Manager of the Red Lion Hotel, he also established Larry D’s Lounge.  This was a source of pride for him.  During this time, he was active in the Saanich Kinsmen, being named Kinsmen of the Year 1987/88. He had a long association with the Vancouver & Quadra Lodge #2 of the Masons.  He was also a member of the BC & Yukon Gizeh Shriners. Larry was a big hearted, friendly fellow with a genuine concern for others.  He enjoyed finding ways to surprise people and put a smile on their face. Being diagnosed with MS in 1994, did not dim his enthusiasm for life. Having travelled in Europe now he set his sights on the USA, Canada and China. Larry enjoyed boating, fishing, playing cards, repairing old furniture, construction projects, and just sitting relaxing with friends, sipping single malt scotch. As his MS became progressive, he relied more on his wheelchair and his travel companion to enable him to take three more trips. Two were to the Orkneys where reconnecting with his daughters and meeting his grandchildren, Robbie & Katie, brought him great joy.   A trip to Nova Scotia in 2018 fulfilled a long-time wish of Larry’s to visit the location of his favourite TV show, The Curse of Oak Island, which documents the on-going search for historical treasure. To Larry’s great delight, Marty Lagina, one of the stars of the show, walked by and was gracious enough to stop, talk and have a photo taken with Larry.  The cast was on site to start filming the next season and he was able to watch a bit. Memorable Day!

Friends and family will miss his wonderful smile and caring nature. Forever in our hearts.