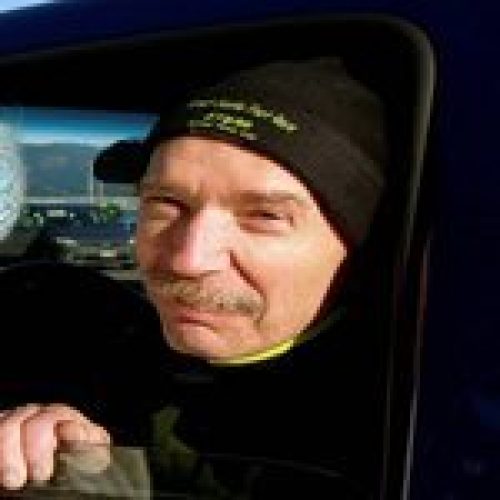 Vincent Romeo Trahan passed away the evening of February 15, 2019 at Royal Jubilee in Victoria, BC after braving health challenges over the last few years, and lastly multiple myeloma. Vincent was born in the Chatham area of southern Ontario, and lived there until joining the Canadian Airforce. He served proudly for over 30 years, travelling the world and being part of peacekeeping missions. He retired to Sooke, BC in 1997 and following a cross continent cycling trip, immersed himself in the island life. A passionate cyclist, he commuted daily to his “second” career in Esquimalt for years and continued with lesser distances until he neared his 72nd birthday when he finally fully retired!  He was a dedicated runner for many, many, years, well known and highly respected on Vancouver Island, and was a founding member of the Sooke Trail Road Runners (STARR). The wall of his home office was filled with race bibs, ribbons and medals, and memories. Cars, cars, he loved the ones he drove, but his collection of die-cast cars was his baby! Stamp collecting, books on a wide variety of subjects, music, WWE (wrestling), action movies, (chose The Mule over Mary Poppins his last trip to the theater), Chicago Blackhawks to the bone; so many sides to this gentle, kind, quiet, unassuming, but not without opinions! fun, game for adventures, and considerate man. Predeceased by his parents Romeo and Yvonne, brothers Dominique and Adrian, survived by his eldest brother Ron, of Guelph, many cousins, especially Jeannie and Lynn, and nieces and nephews. Vince will also be remembered and loved by his Sooke running club, many friends, and his Church family. He had an exceptionally strong and devout belief in God and his Church which sustained him on his final journey.  The funeral was held on Wednesday, February 20, 2019 at St. Rose of Lima Catholic Church in Sooke. Condolences may be offered at https://carefuneral.com/obituaries/