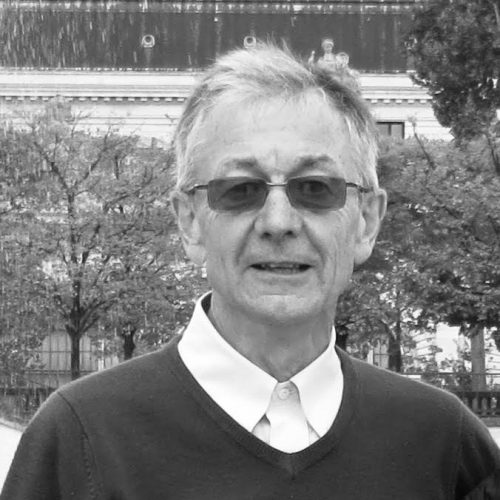 Beloved husband of over 50 years of Maureen, brother of Graham Doyle and Philip (Anne) Doyle. Devoted father of Angela (Aidan Rowe) and Philip (Janice). Loving grandfather of Aoife, Lucia and Maeve Rowe-Doyle and Emmet and Patrick Doyle. Barry was born in St Helens, England October 28 1944 and moved to Canada for work in 1965 after graduation from the University of Manchester. He met Maureen shortly after in Rouyn-Noranda, Quebec and was convinced to make the move to Canada more permanent. Maureen and Barry married and moved to Alberta so that Barry could join Sherritt Gordon as a Development Engineer. Other than two years in England to complete his Masters of Business, he continued working at Sherritt until his retirement in 2000. His final role was as Chief Operating Officer for Sherritt International/Dynatec, having spent many years leading projects in Canada, Brazil and Cuba.

Barry and Maureen moved to Victoria shortly after retirement. Barry spent the first few years of retirement running, travelling, and volunteering for the Special Olympics in Victoria. After his first grandchild was born, Barry was delighted to add his role as grandparent to his life focus, making multiple trips a year to England and then Edmonton, to help with the babies. He will be remembered for his thoughtful and analytical mind, his principled and generous character, his pleasure in a pint of beer, and his quiet ability to befriend any baby.

Barry was fortunate to have been able to retire young and enjoy years of travel and enthusiastic grandparenting before his life was diminished and eventually ended by early onset Alzheimers, on June 24, 2021. With great appreciation, the family acknowledges; the compassionate care Barry received at Veteran’s Memorial Lodge in his last year of life, and the years of friendship and support from family and friends.

A celebration of life will be announced at a later date.