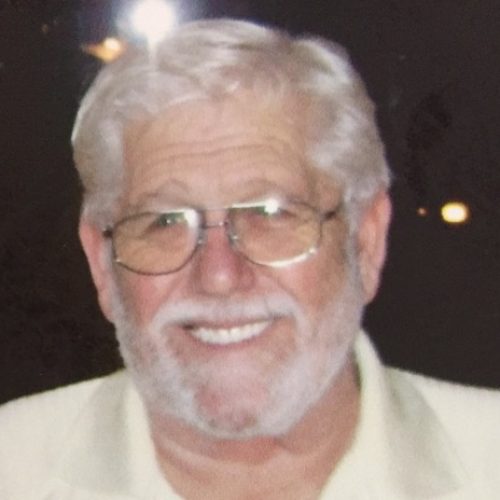 In loving memory of Barry Thyne, who passed January 8th, 2018 at the age of 74 with his “harem” at his side. He will be sadly missed by his loving wife Kathy, daughters Jacquie (Kelly), Angela (Greg), Georgette (Tom). Grandchildren Tara, Carlee, Cory, Brody, Hannah and great grandson Jaxon. Predeceased by son Michael, father David Thyne and previous wife Mary Thyne.
Leaving behind his mother Geraldine Thyne, sisters Diane (Wayne), Cheryle & Jodie. Many nieces & nephews and their children. Auntie (Curly), Dennis (Deb) and their families. Uncle Al & Auntie Marlene and their families.
Also survived by Karen (Don) and family, Kevin (Audra) and family. Predeceased by In-Laws Bill & Del. He will be missed by many dear friends. Kirp Basi, Gordie Dougan, Bruce Petrie, Joe Musfelt, Richie Allen, Chris Warren, Bruce Eve, Bob Plumb , Walt Ryan, & Fred Sudlow to name a few. He truly enjoyed his time with the A&W Coffee crowd. Many dear friends that have predeceased him include Bill Neil, George Bentham, Dade and Claire Michelsen, Brian Emerson, Billy and Don Henson, Mark Paine, Terry Doherty and Gwen Sudlow, Ernie Jay, Don Goudie, Bill and Teri Warren. We know there are other special people that are not listed here, please know that he loved you all. A special thank you to all his great caregivers.
Family was very important to Barry. “Big Truck” or the Silver Grizzly as he was known was so much fun. He loved to play his harmonica with his dog Porky singing along and it wouldn’t be a Friday night without enjoying a cold one & pull tabs at the Castle meat draw – emceed by Kenny. He loved good jokes and always said if you didn’t hear a rumour by 10 am you needed to start one. Barry loved animals; he sadly missed his dogs Ringo & Porky & Scamper. Barry really enjoyed cooking and creating tranquil ponds and gardens.
Barry started his long career as a truck driver at Ideal Fuel. His logging truck driving career included Pacific Logging, Graham & Kwatna Timber just to name a few. Also became an independent owner operator for a time. Other occupations thru-out life included building houses with Billy & Don Henson, working as a commercial deck hand and a short venture in Roofing. He ended his career with Saamoa Holdings.
Barry enjoyed camping at Youbou and in Parksville, walking many miles on the beach. Over the years Barry & Kathy also experienced some fabulous vacations that left them with lasting memories.
Many great stories were told with rum in his hand and a twinkle in his eye, he will be forever missed.
A celebration of Barry’s life will be held Saturday, March 10th at 11:00am at the Sooke Legion, 6725 Eustace Rd, Sooke B.C.