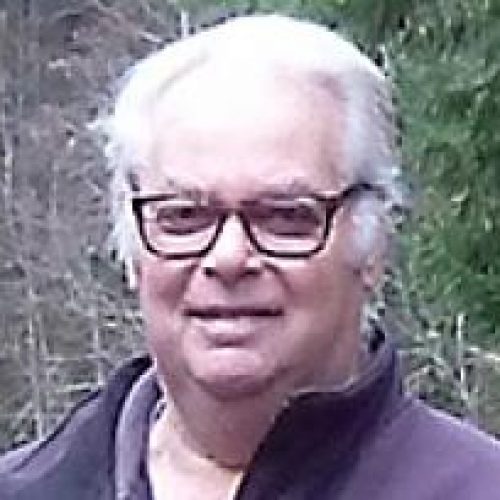 DAVID W. MEREDITH May 10, 1945 – January 19, 2018 A loving husband, father and grandpa, Dave lost his courageous battle with Lewy Body Dementia on January 19, 2018. Born in England, he met Stella in 1962, married and immigrated to Winnipeg, Canada in 1967 to work as a Tool and Die Journeyman at Bristol Aerospace. A daughter and a son later completed his family. Dave’s passion for the trades led him to work with the Manitoba Provincial Government as an Apprenticeship Counsellor in 1979. He was proud of his work on Canada’s Interprovincial “Red Seal” journeyperson programs. Dave led many exam development workshops and was in high demand from other provinces for his assistance and leadership. He was also a key member of the team that built Canada’s journeyperson exam computerization system, the first of its type in the world. His knowledge, patience and contributions were well recognized across the country. Dave was a very warm, kind and fun loving person, teasing his sister, passionate in his varied pursuits. Over the years, Dave owned several English Velocette motorcycles. He also owned Kawasaki Nomad cruisers for those longer trips. Dave, with Stella seated behind him, enjoyed many pleasurable rides. Dave and Stella retired to Vancouver Island in 2003. He was so proud of the accomplishments of daughter Hazel and son Dwayne. Dave will be sadly missed by Stella, his loving wife of 51 years, his daughter Hazel and son Dwayne, his wife Susan, grandson Kye; his sister Angela, her husband Bill and family, his relatives and his countless friends. The family would like to express their gratitude to Dr. Pakrasi and the entire care team at Royal Jubilee Hospital Seniors Mental Health 2 South West and ask that in lieu of flowers, donations may be sent to the Unit in Dave’s memory. https://www.victoriahf.ca/ our-hospitals/seniors-health/ Dave requested immediate cremation with no public service. His family will honour his memory with a Celebration of Life at a later date.