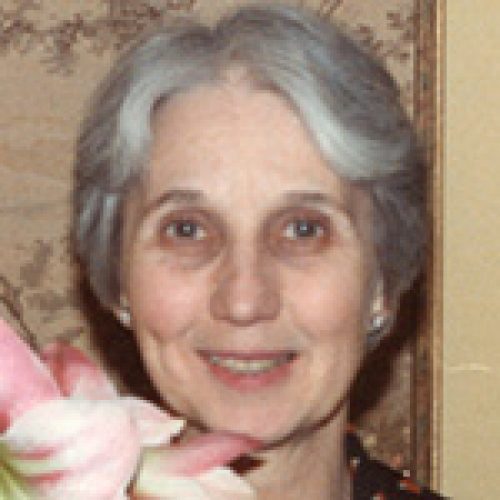 Our sweet mother passed away gently and peacefully on Sunday, January 15th.  She was surrounded by her loving family during the final days and hours of her life.  She will be greatly missed.

Doreen was born in Victoria BC and attended Sir James Douglas Elementary, Central Junior, and Victoria High School.  She grew up on Moss Street with her parents and brother Walter and her grandparents close by.  She grew up during the Depression and World War 2 and had many stories about those difficult times.  After high school she went to secretarial school and studied typing and short hand, after which she worked for the BC Provincial Police. Mom kept up her typing skills and continued to type on her manual typewriter throughout her life.

Doreen worked until she married the love of her life, Hugh Lyle, on December 1st, 1950 at Christ Church Cathedral.  Raising three active boys and one daughter was no easy feat, especially with Hugh travelling for work so much, but she worked hard at the challenging job and mothered us  well.  She lost her own mother when she was just 15 years old.  We have been so blessed to have her still mothering us for all these long years!

Except for a few short years when she and Dad were first married, Doreen lived her whole life on Moss Street in Fairfield.  She told us stories about the fields that were around her childhood home at the bottom of Moss Street Hill, and how her father would take a wheelbarrow down to Ross Bay and cut up  wood on the beach with a two person saw (Doreen and Walter hanging on one end) and trundle it home for the cook stove.  She and Dad bought their home on 115 Moss Street in 1955 and raised their family there. Even though that house is now gone, the crazy stories and golden memories of a childhood lived there, will carry on in the stories we tell our children and grandchildren.

After Hugh died at home in January, 2014, Mom continued living in the house with lots of help, until she needed to move into a care home. Doreen spent the last two years at Beckley Farm Lodge in James Bay, where she enjoyed the other residents and staff and all the activities.

Alzheimers took many of Mom’s memories away, but she never forgot Dad, or that she loved her family, or that she wanted to “go home”.  Now, our wonderful mother, grandmother and great grandmother has finally gone home.  We miss you Mom, but when we think of you and Dad together again, we are comforted in our loss.

A big THANK YOU to all the staff at Beckley Farm Lodge for taking such good care of mom.

Memorial Service to be held at the LDS Chapel, 2990 Quadra Street, Victoria, on Saturday, January 28th at 1:00 pm