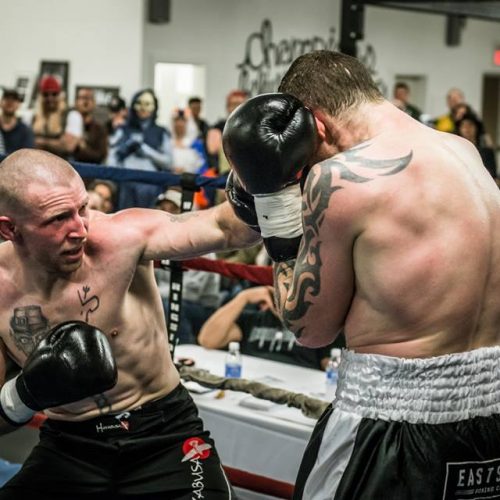 Some people live large lives. Ian Christopher Harrington, who died suddenly on May 3 at age 39, ranks among them. Born to Ann and Bernard Harrington in Hamilton, Ontario, on March 9, 1981, Ian epitomized the strong, silent type. Angelic in looks during boyhood but not in attitude, Ian remained rebellious at heart throughout his life. He disliked authority and those he perceived to abuse it. His intelligence couldn’t be contained in a classroom. Learning to Ian was a process of discovery. From dismantling old clocks and transistor radios as a kid to modifying his old man’s riding lawnmower at age 11 so it drove five times faster, Ian had a brain for electronics and could fix almost anything. He struggled in his teenage years. Spectacular early brushes with death included rolling his dad’s Cutlass Supreme at age 13. He caused suffering, but also suffered greatly. People who knew him best had a sense that he was born into the wrong era.

Politically astute and a keen reader of history, Ian could recall precise events, times, and figures in Ireland’s fight for independence over a cup of coffee. He always knew the right things to say and do in times of crisis. He was an unfailingly loyal friend—known for his big laugh and shy, crooked smile—who hated to draw attention to his kindness. Friends would be surprised to find him under the chassis of their car as he replaced old ball joints or as he finished off an oil change. They’d see him at the finish line of races or in the crowd at sporting events, cheering his friends on. Ian found his place when he joined Crusher Combat Sports in 2015. He quickly became part of their gym family: He taught classes, went out of his way to make sure everyone felt comfortable, and focused his energies on becoming the best fighter he could be. Admired for his tenacity, politeness and humble nature, Ian fought in four thrilling bouts, winning one, and giving the others every ounce of energy he had. He was tough as nails. The guy had heart.

For the past two years, Ian worked as an ironworker for Tycon Steel in Victoria, where he could be seen dangling from various buildings and structures around the island. Prior to that, he worked as a sound technician at SSL Sound Solutions in Colwood. He held various trade jobs over his life, including in roofing, welding, plumbing, upholstery and car repair.

Ian once said, “We’re all the same. People are just people. People do good things and they do bad things. Everyone’s good, everyone’s bad.” He never held a grudge. He never judged others. Despite his struggles, he considered his life blessed. His wisdom, wit, generosity, spirit, and laugh will be missed by all who loved him.

Ian is survived by his parents, siblings Caroline, Brendan and Stephanie, and stepdaughter Kayla Hagerty. Ian is uncle to Aldous Harrington, Elliot and Hugh Gorgichuk, and Tristan Hagerty. He will be missed by his extended family, including aunts, uncles, cousins, and family friends, in Ireland, Canada, and England.

A small, private service for family will be held at CARE Funeral Services on May 14 at 2 pm at the Goldstream Avenue location. Ian’s friends are welcome to say goodbye from 2.30 pm to 3.30 pm. In lieu of flowers, donations can be sent to Crusher Combat Sports. Money raised will support an annual scholarship in Ian’s name for the families of children who otherwise cannot afford lessons. At the time of his death, Ian was studying for his coaching license. He would be so proud to have this fund in his memory. Please send e-transfers to mailto: crushercombat75@gmail.com  with “Ian Harrington Scholarship Fund” in the subject line.