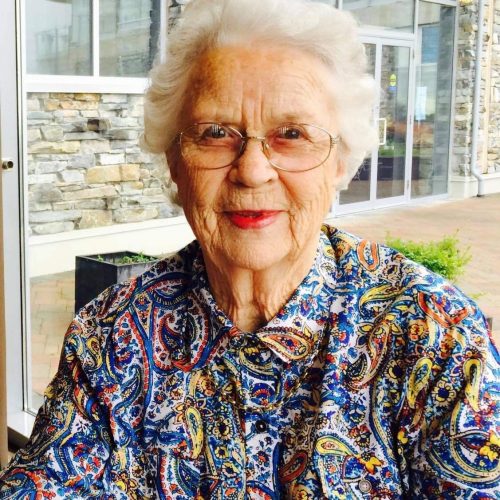 Mrs. Mary Catherine Dorothy Gray (nee Rice), loving wife of Dr. Alan Seymour Gray passed away at the Saanich Peninsula Hospital on Wednesday, March 17, 2021 at the age of 92. Besides her husband of 69 years, she is survived by her children: Catherine (Kelly) Kennedy of Kelowna BC, Scott (Joy) Gray of Victoria BC, and Anne (Bruce) Oxley of Sidney BC; her four grandchildren: Lindsay and Alan Kennedy, Robert Walker and Gray Oxley, and great grandchild George Kennedy Pak. Her sister- in- law Angela Rice also survives her. She also dearly loved her numerous nieces and nephews. She is predeceased by all her siblings, Donald Rice and his wife Ruth, Nancy O’Connor and her husband John, and Edward Rice. Mary was born in Lethbridge Alberta May 30, 1928. She was a good student and after high school she entered Nursing at St. Paul’s Hospital in Vancouver BC, graduating in 1951. She married Alan in 1952 and began her family in 1953. She was a devoted wife and mother, spending most of her early married life in Kelowna BC. She took a refresher course in nursing and returned to work at the Extended Care Unit in the Kelowna General Hospital for a couple of years while her children were in high school. She was a compassionate nurse who truly cared for her elderly patients. She moved to Saanichton BC in 1974 and was quickly embraced by a wonderful circle of new friends, playing lots of bridge and golf. She was a generous benefactor to many charities. She bravely faced Covid 19 and its challenges. She will be dearly missed by her family.