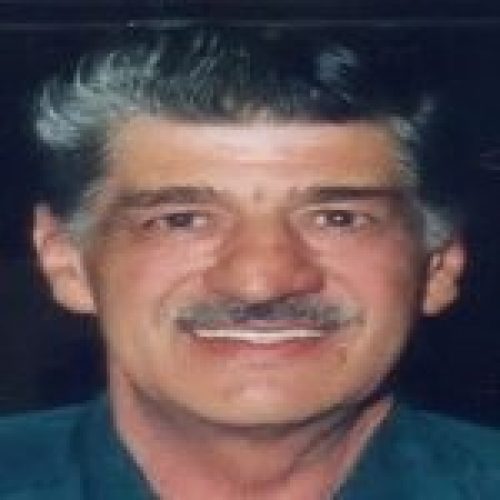 Rude -“the Dude” passed away peacefully May 10, 2018 with Elly and Jake at his side. Rudy was born Aug 14 1934 to Bill and Sarah Vowles and raised along with 13 brothers and sisters in Sooke, B.C. From their earliest days, family life revolved around fishing and working at father Bill’s shellfish plant-Sooke Seafood Processing located at the foot of Maple Avenue. The Plant supplied seafood to some of Victoria’s finest establishments such as the Empress Hotel and Princess Mary Restaurants.

Rudy started fishing for Todd’s on their seine boats in 1956. He was also logging in the winters before he and his brother Ray took over the processing plant after their Dads passing. He owned the troller the Alice R for five years…”crab and shrimp fishing, logging and a little bit of everything in between”. Rude then went on to be Ed Pallister’s right hand man at Palco Products. One of his achievements there was designing a machine that buffed the fishing spoons, which greatly increased production…and made old “Paly” very happy. He was a very talented and smart man -If it was broken he could fix it , if it wasn’t he would make it better. While working there he supervised and mentored many of Sooke’s younger generation just starting out in the fishing industry. When Palco was sold Rude retired only to move on and buy a portable band sawmill and set up in Metchosin where became well known for many years cutting custom lumber. He finally retired again at the age of 77 years old!

He was involved in the Sooke Athletic Association, coaching and managing a few fast pitch ball teams over the years, such as Juan de Fuca Builders and Sooke Juniors. He was an excellent pool player, playing in a few different leagues. He also sponsored some local stock car racing and demo teams.

Rude often enjoyed a “cold one” after a day’s work and known to frequent Buffy’s Pub and later on the old Glen Lake Inn. He was known for his never-ending dialogue of jokes, always fitting the current circumstances. Just when you think he was done he would come up with another “new” one that no one had heard before…keeping everyone laughing.

Rude enjoyed the annual hunting trip to the Chilcotin with his brothers, sons, grandson and nephews, good friends and on a few occasions his wives. He also enjoyed fishing, crabbing off the BC coast, camping in Port Renfrew. Rude spent many years staying out at his trailer at Cheanuh Marina. There he enjoying many happy hours on his deck watching the crab traps…guarding them from potential thieves while waiting for his boys to return from fishing. In the last ten years, Elly joined him and they spent many weekends enjoying the views and goings on at the Marina. After the marina closed and development started, one of the highlights of his day was to go out to get a “Rudy” breakfast sandwich and see what Kelly and Joe were up to…as they were and are still working out there.

Rudy is survived by loving wife Eleanor (Elly), sons Joe, Kelly and daughter in law Jake, grandchildren Carlee (great grandson Jaxon) Brody, and Rudy Shane (Liam, Talia and Millie) and all of their extended families. David, Tammy (Jim) and their families, brothers Raymond, Blacky and Wally and sisters  Laura, Linda and their spouses, many nieces and nephews and great nieces and nephews. Rudy is also survived by previous wife Gerry and her sons Barry and Jason, the Arden family along with many other family and friends that he loved and cared for over his 83 years.

Predeceased by parents Bill and Sarah, son Randy, previous wife Carol Vowles, wife Marlene, brothers David, Joe, Tuck and sisters Gloria, Viola, and Jean. In addition, many other loved ones, family and friends that have gone on before him. Sadly and most recently, since his passing…sisters Beverly and Marilyn have gone on to join their brother Rudy.

The family would like to thank all the Doctors, nurses and health care workers who looked after Rudy on 6 north for your kindness and compassionate treatment of Rudy.