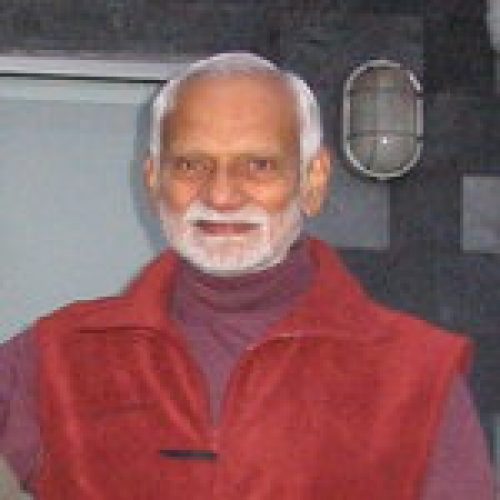 With heavy hearts the family of Dr. T.K. Belgaumkar announces his passing on Wednesday May 25,2016 in Victoria BC as the result of cancer.  Left to remember and cherish a life well lived are his wife of 48 years, Vijaya, his children, son Vivek and daughters Anu (Jon),and Uma(Paul) as well as six grandchildren Mira,Sona, Ashwin, Anaka, Rekha and Kiran.  Dr. Belgaumkar was born in South India where he received his early education with post secondary degrees of a B.Sc (Honors) from Karnatak University in Dharwar, with degrees from Bombay University including MB, BS, and MD. He received the Diploma of Child Health from the College of Physicians and Surgeons in Bombay.  TK immigrated to Canada, arriving in Halifax NS in 1968, where he was joined a year later by Vijaya who also was a pediatrician.  Their three children were born in Halifax.  Dr. Belgaumkar completed Canadian training in Pediatrics and Neonatology,  receiving his Fellowship Royal College of Physicians and Surgeons of Canada in Pediatrics.  During his time in Halifax he was Clinical and Research Fellow in Neonatology, lecturer at Dalhousie University and a Staff Neonatologist at Grace Hospital.

In 1976 the Belgaumkar family moved to Regina where TK set up the first Neonatal Unit at the Regina General Hospital.  This was followed in 1981 with the design and planning, largely under Dr. Belgaumkar’s vision, of a new separate up to date Neonatal Unit. TK, as the single neonatologist, provided the major thrust in the care of premature and newborn babies , including teaching and instructing in Neonatology to the Nursing and Respiratory staff.

The Neonatal Unit stands today with recent upgrades.  Academically Dr. Belgaumkar was an Associate Professor of Pediatrics and subsequently Clinical Professor of Pediatrics with the University of Saskatchewan, actively teaching physicians, medical residents and students, nurses and respirologists. He also contributed many continuing education programs  throughout Saskatchewan and contributed to a number of published articles relating to newborn care.  Professionally he served as the Head Department of Pediatrics, Regina; Chairman of the Perinatal Education Committee (U Of S); Chairman Perinatal and Maternal Mortality Committee (C.of P and S of SK)

Following his immigration to Canada TK was proud to receive his Canadian Citizenship. TK had a very adventurous spirit and soon became involved in  golf, downhill skiing and curling, all very different for someone from  small village in India.  Dr. Belgaumkar maintained a strong family commitment, a devoted husband and a proud and supportive father and grand father to his three children and grandchildren.

Cremation  is to take place and a Memorial Service will be held by the 55 plus Association , Cordova Bay, Victoria BC on Saturday May 28 from 2-4 pm at the Cordova Bay Elementary School.