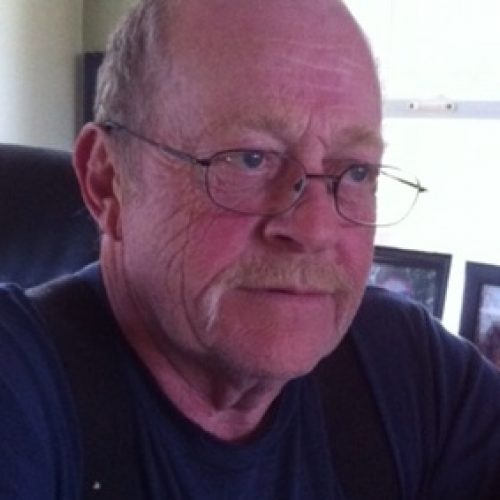 It is with great sadness that we announce the passing of Terry, after a short battle with cancer. He leaves behind his wife Diane, sons Trevor (Racquel) and Tyler (Charlotte) and grandson Maverick.

Born in Chilliwack, Terry grew up in logging camps, as a young child in Jones Creek and Humphrey Creek, then Holberg and Jeune Landing. His family spent summers at their Grandmothers home near Cultas Lake. In 1965 the family moved to Jordan River, after several adventures Terry started logging in Jordan River and then bought his own logging truck and operated TLM Log Hauling Ltd. Terry moved to Sooke in 1989 where he started his family, He loved to play catch with the boys and taught them how to golf, ride dirt bikes and watched them play hockey and fastball. He was an avid Seahawks fan. Terry loved to play golf and play his guitar.

Since 2013 Terry treasured his retirement puttering around his rural acreage, cutting fire wood, perfecting his wood carving skills, exploring a new interest in placer mining, golfing in Palm Springs and enjoying time with his many friends. He will be greatly missed but we cherish the happy times and joy he brought us.

Special thanks to Dr. Kluge and the nursing staff at Sooke Hospice.