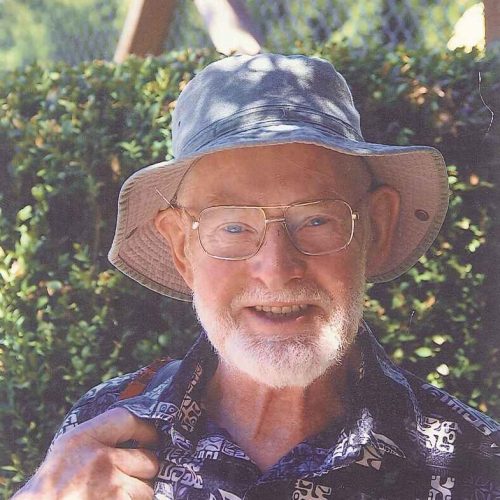 It is with deep sadness that we announce the passing of Brendan Holden in his 79 th year. With
dignity and acceptance, Brendan courageously battled the ravages of pancreatic cancer for three
years.
He is predeceased by his infant sister Josephine, parents Michael and Mary, niece Maureen and
brother Gordon.
He leaves to mourn his wife Trudy, son Paul, daughters Madeline and Adrienne (Philip),
grandsons Elliott and Kyle, siblings Elaine (Ed deceased), Frank, Catherine (Bill), Ita (Ben
deceased), Gus (Isabel), Elizabeth (Jim), sister-in-law Zita, Aunts Josephine and Eleanor, in-law
siblings May (Tom deceased), Charlie (Cheryl), Bernadette (Jim), Kay (John), Gladys, Michael,
and many cousins, nieces and nephews and a large circle of friends.
Brendan, the eldest of eight surviving children, grew up on a dairy farm just outside St. John’s,
NL. From an early age Brendan understood and took seriously the responsibilities of life on a
dairy farm. Together with his father, grandfather and later his younger brother, Gordon, Brendan
worked diligently to keep the farm running. As his number of siblings increased, farm life
became a family affair.
After the farm and with a firm foundation from his family, extended family and community
Brendan built his life and left his legacy. Initial Bachelor Degrees in Science and Education led
him to teaching high school Math in NL and AB. Soon back to university Brendan completed
Masters Degrees in Mathematics and Engineering (Coastal/Environmental Engineering and
Physical Oceanography) becoming a Registered Engineer (Mechanical). He was continually
doing courses — carpentry, fine furniture building, refrigeration, power squadron, private pilot’s
licence; the list was endless. Brendan had a particular interest in learning French and took every
opportunity to practice and improve his skills. As well, he felt it a sign of respect to greet people
in their mother tongue whatever that might be. Brendan had a life-long love of learning.
Education defined him and throughout his life he encouraged education for everyone.
Following their marriage, Brendan and Trudy moved to Toronto where their first child, Paul, was
born. In Toronto, Brendan worked for a private company doing research in the Atlantic and
North Atlantic collecting and analyzing shoreline and ocean data. In time the family moved west
and settled in Victoria. It was in Victoria that Brendan’s daughters, Madeline and Adrienne,
were born. Brendan worked as a public servant with the BC Government (Coastal/Oceans
Engineer) for more than 20 years. Taking a leave from government, Brendan and his young
family lived in the Fiji Islands. For two years he worked for the South Pacific Applied
Geoscience Commission and its 17 member countries in the South Pacific. This was a profound
experience for his whole family.

In family life Brendan did his best and gave his children every opportunity he could. Learning to
do things for yourself, to be independent, to be helpful and to stand on firm moral ground were
woven into every aspect of life. School and homework were priority. In between times,
camping, canoeing trips and travelling were a large part of the Holden Family life. Trips with
one or the other of his three adult children to China, canoeing the Bowron Lakes, Disneyland and
Indonesia were enthusiastically embarked upon.
Throughout his life, Brendan made no distinctions between people. Whether he was sharing a
meal with a Prime Minister or in the company of the needy or less fortunate, Brendan treated all
of them alike; he saw everyone through the lens of dignity, respect and acceptance.
Everyone that knew Brendan knew his practical and frugal nature, yet of his time and his talents
he had no match in his generosity. With a ‘heart and a half’ he helped anyone who needed help
or asked for a hand. He was never more pleased than when the recipient of his help worked
alongside of him to complete a task together. Brendan’s volunteer activities included, but were
by no means limited to School Board Trustee, tutor, Federal Government NRC Committee,
Habitat for Humanity.
Brendan was loyal and faithful to family and friends. A commitment made was a commitment
kept. From something as simple as saying, “I’ll be there” or as profound as his marriage vow,
Brendan never wavered or faltered. His faith, hope and trust in a loving God was his ultimate
commitment.
Humble beginnings, humble living, humble heart.
A Mass of Christian burial will take place at Holy Cross Church at 1:00pm, Monday, 7 February
2022 preceded by a visitation at 7:00pm, Sunday 6 February 2022. The Funeral Mass will be
live streamed at https://youtu.be/o3d2MjaSJF8 Inurnment will take place in NL.
Donations may be made in Brendan’s memory to your local Cancer Society or Hospice Foundation.