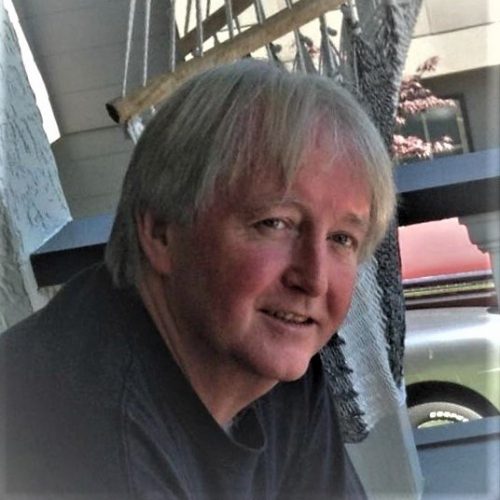 Age 63.  It is with great sadness that the family of Cameron MacCuspic announces his sudden passing on Friday February 21, at the Royal Jubilee Hospital in Victoria BC.  Cameron was born in Sydney NS and he grew up in Coxheath and Port Hawkesbury NS.  Work took him to Alberta in 1979, and then to Vancouver in 1982.  He spent the last 37 years working in BC in the plumbing and mechanical wholesale business, and then became a manufacturer’s sales rep on Vancouver Island.  At the time of his death, he was operating his own tile and renovation business, Camax Inc., in Victoria.  Cameron took great pride in his work and in delivering top quality work to his customers.

Cameron had a real zest for life and believed in living for the moment.  Regardless of what curveballs life threw at him, Cameron always maintained a very positive outlook on life.  He was an avid fan of the NHL and of Canadian Junior hockey.  He was a season pass holder of the Victoria Royals, and followed all the up and coming junior prospects across the country with great interest.

Cameron is survived by his daughters, Camille (Aaron Webster) – Comox BC, and Kelsey – Victoria BC (and their mother Katrina Leonard), along with his two adorable granddaughters Elizabeth and Jacqueline.  Brothers, Donald (Sharon) Craigmore NS, Rob (Diane) Toronto, and Rodney (Virginia) Denman Island BC.  Cameron was predeceased by his parents Malcolm and Joyce, along with a brother, Richmond, in infancy.

Cremation has taken place and a Celebration of Life will take place on Saturday March 21st from 2-5pm in the Spinnaker Building at the Comox Marina.  In lieu of flowers, donations can be made to The War Amps.  Words of comfort and condolence may be forwarded to the family at: www.carefuneral.com