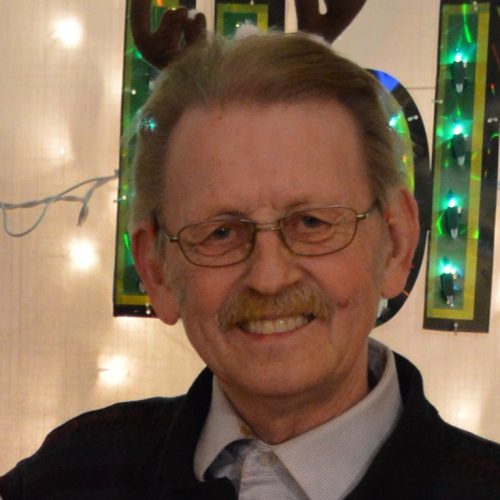 It is with great sadness I announce the passing of my husband, George.

After several years of declining health and a brave battle with cancer, George passed away peacefully at home.

George was the youngest child of Gordon and Gladys (deceased).  He is survived by his wife of almost 40 years, Theresa, sister Sharon (Doug) whom he called almost every day, nephew Jason (Jenn); brother Phil (Kim); brother-in-law Richard (Wilma); sister-in-law Fay and many other loving relatives and friends.

Music played a special part in his life  and was an excellent drummer and singer in his day.  He was also a good bowler and pool player.  George will be remembered for his strong will, sense of humour and loyalty to friends and family members.

A very special thanks to Dr. Owen White, Nurse Tressa, RT Kelly and the pharmacy team at Super Store for making it possible for him to spend his final days at home. Appreciation to Debbie, Kirk, Lloyd, Tom, Cass and Pat for their friendship and support

In lieu of flowers please donate to the BC Cancer Society, SPCA or a charity of your choice in George’s memory.