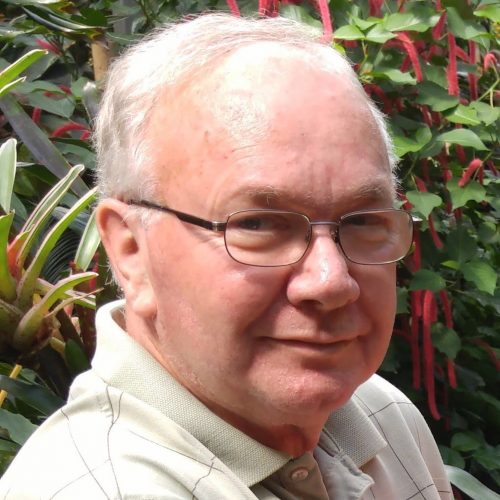 Ivan was born in Treviso, Italy on June 20, 1947, and died on December 27, 2020, in Sidney, BC. His parents, Palmira and Triestino, (predeceased) made the difficult decision to emigrate to Canada and departed Venice on February 14, 1949. They travelled with Ivan via ship to New York, and then via rail to Seattle arriving in Vancouver on March 3, 1949, after a long, cold and arduous journey.

Ivan grew up in Vancouver with his two siblings, Gilberto and Sandra, during the 1950s and 60s. Ivan’s white jeans and red Fiat Spider were evocative of this era. In 1971 he married Lynne and they soon settled in Victoria where their son, David, was born in 1981. They built a good life together surrounded by many friends and extended family. Ivan’s father-in-law, Jack Mason, taught Ivan how to hunt and fish. Soon fly fishing became one of his passions. Many hours were spent off-road camping to provide access to BC’s bounty of hidden fishing sites. He was closely linked to the Cowichan Valley Fly Fishing Club and enjoyed fly fishing with them in the saltwater beaches, especially on the north end of Vancouver Island.

Ivan was a dedicated, involved, and loving father to David. He supported and encouraged David in his schooling and sports. If he wasn’t in the stands cheering David on, he was groundskeeping or volunteering. He sometimes complained about it, but we could tell he loved it. He always took an interest in getting to know David’s friends. They remember him for his detailed interrogations about their lives and for his dry and understated sense of humour – a welcome contrast to Lynne’s flamboyant one.

Ivan was known as “Nonno” to his granddaughter Violet and, even during the latter years of his illness, he always lit up when Violet entered the room.

In his professional life, Ivan worked for the Capital Regional District, where he was known as a Pump Specialist. He played an instrumental role in the design and construction of numerous CRD Engineering infrastructure projects during his 30+ years tenure, including Currie/Trent/Clover Pt./Macaulay Pt./Marigold Pump Stations, East Coast Interceptor, Western Community Trunk Sewer, Bowker Trunk Sewer, Northwest/Northeast Trunk Sewers Upgrades, and numerous Hartland Landfill upgrades, along with many other projects.

Ivan could do anything he put his mind to and he could fix anything. Some of our family’s best bonding moments were created working on renovations together. He taught by example – usually accompanied by grunting and swearing. It was his belief that the right combination of swear words would “loosen any bolt”.

Donations may be made to the Parkinson’s Society in Ivan’s name: parkinson.bc.ca

Ivan was my brother. He was a mentor and a teacher. He was patient and kind. Afternoons spent at the movies were our special time together. Or having a hamburger at the White Spot. We would walk to the Kootenay loop; hopping onto the Hastings express to Granville Street. The ride home was always an opportunity for us to share time together. He would listen patiently to me as I asked many questions and no question was stupid.

“How come every street is called Hastings Street?” I would ask.

“Each block the number will get bigger and when it’s the biggest number that means we’re home,” he would reply.

We shared a bedroom and he always had time for me. I would lay on my bed still asking questions as he did his homework and he would always answer.

Summertime he would take me to New Brighton tidal pool and teach me about all the sea creatures as I enjoyed every moment with him. He was my brother.

I was very fortunate to have Ivan for my brother-in-law. From the very beginning he was wonderful to me. I am not sure he understood what he was getting into joining the Mason family. Our dad took him into the forest to teach him to hunt and fish. He became a true outdoorsman and loved it.

He gave so much to me – he watched out for me, advised me, protected me and opened his home to me when I needed it the most. Most of all he loved me as I love him. I will always keep you close in my heart, Ivan!