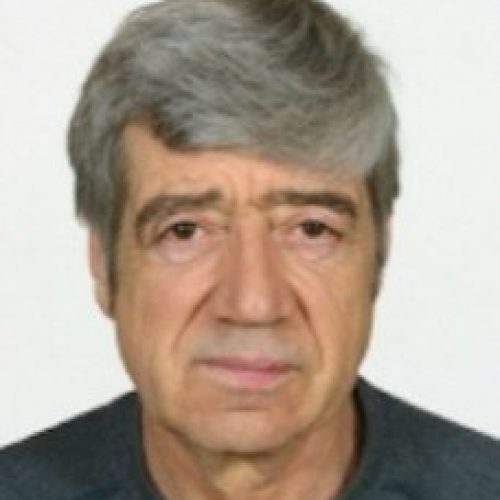 John (Johnnie) died suddenly on June 16, 2020, in Mill Bay, BC.  He was born to John and Yvonne Berkes (Filteau) in Wawota, Saskatchewan on January 27th, 1949 and grew up on the farm with his sisters Irene and Carron, and brother, Keith.

He lived his life quietly with spirituality his first priority, then his family (Westy and Porche 914 included), friends and his work affiliations. John excelled in everything he did because he was caring, meticulous and patient. For example:

He was in his glory when he was assigned to service the refrigeration and heating at the Moose Jaw Military Base because he could hang out with some of the Canadian Snowbird pilots. He had always enjoyed watching the Canadian Snowbirds perform their aerial feats, as well as other air shows and visiting hangers with collections of all sorts of planes. He had had aspirations of being a pilot but he was disqualified due to his eyesight.

For more than 30 years, John’s second home was in Arizona. He thrived in the desert atmosphere and always looked forward to his trips down, sometimes taking his Harley. Of course, he made many friends there and continued with his hobbies and interests. He built a motorized bar stool that was a popular contraption. Arizona Joe’s (pub and restaurant) sponsored his entry in a local parade and John proudly drove dressed in the local Western style.

John enjoyed fishing, restoring vehicles, hunting and tinkering with electronics and computer technology. When there was a car show, John would be there checking out the vehicles, chatting with friends and showing his 1972 Porsche 914.

Every Sunday, it was his tradition to go to Mum’s and prepare breakfast and spend the day cutting the grass, fixing this and that around her home to keep things “ship-shape”. He enjoyed cooking and being the griller “Chef” beckoning his “sous chefs” and sipping his “cooking juice”. After supper the family would play “George’s Game”.

He was “always there” to do odd jobs for family and for so many in his community. We enjoyed listening to his descriptive stories—things he did, things he learned, his philosophy on life. He loved to tease with humor and friendly sarcasm.

John’s work career included carpentry and geo-thermal and air-to-air heating. After graduating from Wawota Parkland High School in 1967, John began a career in construction in Saskatchewan, continued in Alberta and finally in British Columbia. He worked mostly in commercial, including universities, colleges, medium security prisons, Victoria Convention Center, hotels and warehouses progressing from journeyman to foreman and project superintendent, with the largest project being superintendent the $3.5 million Malaspina College in Duncan, BC. From 1989 to 1996 John was as a general contractor building custom residential homes, including his own home in Shawnigan Lake.

John retired from construction in 1996 to pursue geo-thermal and air-to-air heat pump service and installation. He put his mechanical principles, refrigeration, electrical principles and applied electricity, residential and commercial heating and air conditioning to work as a self-employed, well-respected Geothermal Engineer in the Mill Bay/Duncan area.

John will be lovingly remembered by his mother, Yvonne; siblings Irene, Carron (Rob) and Keith (Anna); niece Cheryl and nephew Todd (Angela); great-niece Jorja and great-nephew Jace; aunts; cousins and many friends; his “Westy”, and Porche. He is predeceased by his father John Sr. and step-dad George.

In lieu of flowers, donations may be made to heartandstroke.ca