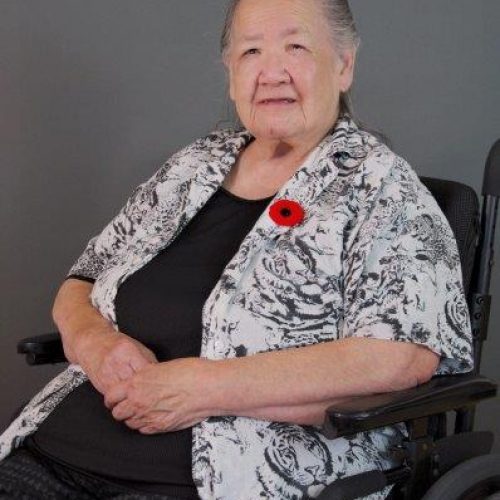 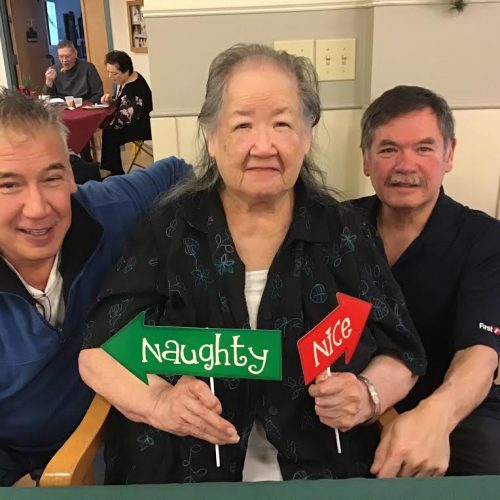 June Bow-King Lum passed away at the age of 84 on January 25, 2021, at Broadmead Veterans Memorial Lodge in Victoria, BC.

She grew up in Victoria, attending Cedar Hill Elementary School and then graduating from Mount Douglas High School in 1954.

June joined the Canadian Air Force in 1956. After basic training, she was sent for radar training and was posted to CFB Chatham, NB. In 1960, she left the Air Force. Ironically, she was on duty the night she received the message that she was to be promoted to Corporal two weeks after her release date. June moved back to Victoria and worked as a civilian in the Communications Centre at CFB Esquimalt, HMCS Naden.

June then became an office manager for the Imperial Life Assurance Company. Eventually, she worked for the BC government as office manager for the Department of Fisheries’ Victoria office. In 1989, she transferred to the Fraser Valley Trout Hatchery in Abbotsford to run that office until her retirement in 1995. She enjoyed working at the hatchery and she loved her co-workers, who affectionately called her “Mom”.

In the early 1970s, she was a Cub and Scout Leader for the Chinese Presbyterian Scout Pack for three years. June arranged outings such as camping, hiking, and field trips, did fundraising and bottle drives, and helped her Cubs and Scouts earn badges for skills.

She loved being in the kitchen, cooking Chinese dishes such as rice rolls (gee cheng fun), canning blackberry jam, strawberry jam, and peaches, and she made the best baking powder biscuits! One of her favorite things to do was to go for dim sum with family and friends. She loved flowers, especially red geraniums. And she enjoyed listening to music by Frank Sinatra, Bing Crosby, Dean Martin, Engelbert Humperdinck, Tom Jones, Elvis, and the big band music of Glenn Miller and Tommy Dorsey. She was an avid reader of Harlequin novels.

After retirement, every Thursday, June met with her coffee group (Helen Bradley, Lorraine and David Earp, Roni and John Frey, Dave Parker, Ronald Lee, and Bertha Marr) at a local Tim Hortons. They would talk about anything and everything for hours!

On Wednesday and Friday afternoons, she enjoyed meeting with good friends Val Baba, Cal Cole, and Joan Bowles at the Cordova Bay 55 Plus Association. She loved to crochet and knit! Her hands were always busy. It was here that she helped with this group’s knitting and crocheting projects. One major project was knitting 100 wool dolls that were sent to children in Afghanistan. Another project was to knit 100 toques for premature babies at Victoria General hospital.

Every two months, she met with old school friends for breakfast at JJ Morgan Restaurant. She will be missed by Irene and Stuart Stout, Marion Craigmyle, Barry Goodman, John Herbert, and Florence Davis.

June was a huge hockey fan, being a loyal season ticketholder for the Victoria Salmon Kings, then the Victoria Royals. She always shared candy with the arena staff and other season ticketholders who sat near her. Her biggest treat was going to Game 6, Canucks vs. Rangers, during the 1994 Stanley Cup playoffs. Her favourite players were Trevor Linden and Todd Bertuzzi (Vancouver Canucks), Kiel McLeod (Salmon Kings), and Matthew Phillips, Keegan Kanzig, and Brandon Magee (Royals).

A heartfelt thank you to the management team, staff, and volunteers at Broadmead Veterans Memorial Lodge, particularly those working in Magnolia Lodge, for their compassionate care of June (Mom) over the past three years.

In lieu of flowers, please consider donating in June’s name to Veterans Memorial Lodge (through Broadmead Care Society at www.broadmeadcare.com or call 250-658-3274) or to Canuck Place Children’s Hospice (www.canuckplace.org/donate/).

Special thanks to Care Funeral Service.

There will be a celebration of June’s life at a later date.

Forever in our hearts in loving memory,

At rest with God,

Gone but not forgotten,

Until we meet again,