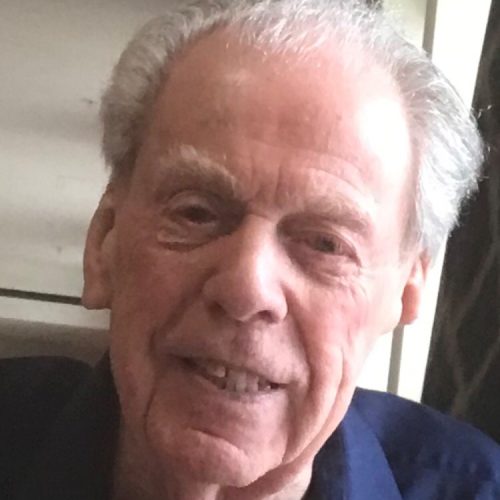 It is with heavy hearts that our family said goodbye to our Dad, Granddad, Great-Granddad and friend after a very blessed life that spanned over 90 years. Ken was born in Montreal Quebec the oldest of 4 children to father Charles and mother Alice. He was pre-deceased by his brothers William and John (Jackie). His sister Shirley is still living in Hamilton, Ontario. He was married to Mary Alethea Sobey in 1958 who passed away Jan.1st, 1990. Ken began a 33 year career with the Canadian Pacific Police in Montreal which took the family out west to Vancouver in 1967, moving on to the Okanagan Valley and then to Calgary, AB. before retiring and then moving to Victoria, B.C. where he stayed and finished out his days. He was very active in the Lion’s Club over 45 years where he held the positions of President and Secretary over the years. He was proud to be a faithful blood donor and was just shy of 100 donations to the Red Cross. Ken loved all types of sports and particularly loved the game of Lacrosse where him and his son where seen at every home game of the Victoria Shamrocks for many years. Ken was strong in his faith and was always to been known to be attending services and helping where needed. He  continued this strong belief right to the very end and passed peacefully while listening to beautiful hymns filling his room. Ken felt very blessed to have a life filled with love, laughter and family. He had 3 children the eldest being Michael with DIL Lana, Nancy and SIL Don, and youngest Ellen with SIL Michael. He loved his 7 grandchildren: Shannon, Shawn, Phillip, Eric, Viktoria, Scott, and Angelina. Ken felt especially blessed meeting all 6 of his Great-Grandchildren: Shaelyn, Madison, Sophia, Scott, Oliver, and Isabelle. Ken valued a very special relationship with his very best friend Rosanne that spanned over 20 years. The family wishes to thank the wonderful care that Ken received in his final days at the Amica on the Gorge, the Victoria General Hospital, and the Victoria Hospice staff that showed such tender care and respect right to the very end.