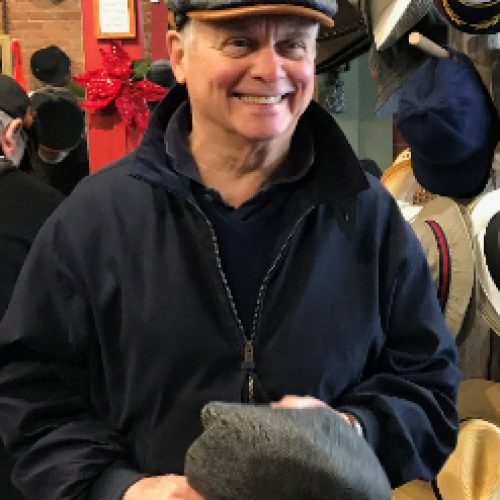 Lorne Patrick Scully, loving son, brother, husband, father, grandfather and loyal friend, passed away peacefully on February 5, 2022, after a courageous battle with cancer, the source of which remains unknown.

He leaves behind countless loved ones to reflect fondly on his memory.  Included among them are his wife of 27 years Sarah (nee Trachsel), his children, Vicki, Emma, and Jason, his grandchildren Quinn and Clara and his siblings Steve, Paul, Luke, Frank and Theresa, all of whom were able to spend time with him during his final weeks. In addition, numerous former Marsh colleagues and friends from across Canada rallied around him throughout this incredibly difficult time.

Lorne was born in Toronto, Ontario to Elizabeth Bannatyne Armstrong and Peter Oscar Scully. He was the eldest of eight children who were born over a period of less than 16 years under challenging conditions, and developed at a young age his caring attitude and passion for helping people.

In all areas of his life Lorne was known for this compassion. His selflessness and empathy translated into his work and ability to communicate on many different levels, to many different individuals from all walks of life. No matter their level of experience or rank, Lorne afforded each individual the utmost respect, attention and dedication.

Although Lorne’s dream was to become a doctor, it was unfortunately not one that he was able to fulfill. Instead he enjoyed a career in the commercial insurance industry, which lasted more than thirty years. He married his first wife Carole (nee Hilder) in 1969 and was devoted to their daughter, Vicki until the moment he passed away.

The majority of his career was spent at Marsh, where he became Managing Director in 1986, and where he met his loving wife, Sarah, who he married in 1994. Sarah also had enjoyed a successful career at Marsh for many years, beginning in Bermuda. While at Marsh, he shaped many careers and touched many lives with his ethics, integrity, trustworthiness, dependability, diligence, sense of humour and caring nature. He was considered a ‘legend’ in the insurance community and was so very proud of Emma, who has since chosen to follow in her parents’ footsteps by joining the Marsh family.

In 2003 he retired to Victoria with Sarah and their 2 young children, Emma and Jason, where they enjoyed many happy years together. He became immersed in all of their school and community activities and volunteered his services whenever the opportunity presented itself.  Through their school connections he made many friends in Victoria. Lorne was a voracious reader and greatly enjoyed debating world economic and political issues with anyone who would engage in the conversation, but particularly with his close friends at the local pub.

As the children grew older he spent hours each day exploring the nooks and crannies of Victoria with the beloved family schnoodle Daisy, his loyal companion on every adventure, who slept in the car all day so as not to miss the next outing. During the summer months Lorne took enormous pride in maintaining his backyard pool, and was not happy unless someone (anyone) was in it. Combined with the occasional game of golf, and attending with pride every possible one of Jason’s soccer, and then basketball games (throughout junior, middle, senior school and then 5 years at the varsity level), it was the perfect life.

In spite of his stellar career, Lorne viewed his greatest accomplishment as his family. He made life beautiful for four generations of Scully’s, including most recently his grandchildren, Quinn and Clara, whom he cherished and in whose lives he was very involved.

May Lorne live on in all of us. He and his infectious whistle will be missed by all who knew him. A celebration of his wonderful life will be held in his favourite backyard on a date to be determined in the summer.