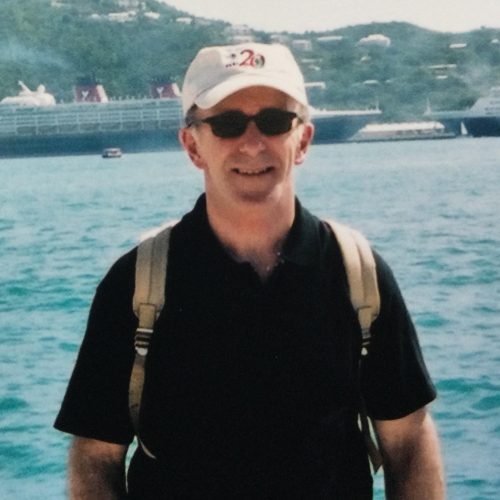 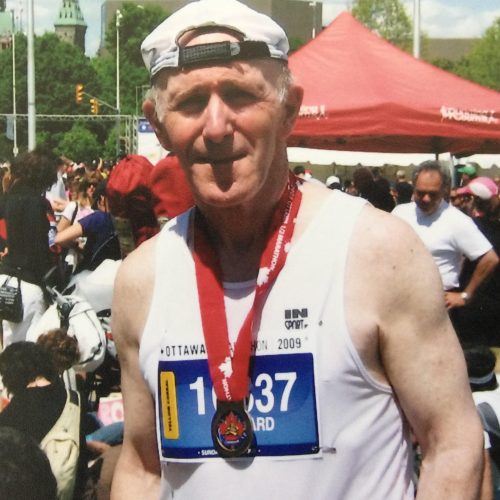 Richard was born in Sackville New Brunswick on November 15 1944, son of Mildred and Gerald Atkinson. His two younger sisters, Judith and Phyllis have remained close and supportive through his life journey, despite being physically so far away.   In his early years Richard joined the Air Cadets. His brother Doug (deceased) was in the Canadian Air Force – so that may have influenced him.

Richard was an adventurer who regularly hitchhiked with his friends to go to the dances in Amherst Nova Scotia…even in the winter. In the late sixties he moved to Toronto and subsequently sailed to Europe on a student ship to hitchhike and travel around Europe for three months. Nine months in London followed and that was the start of his love of Rugby. Back in Toronto he played for the Toronto Nomads Rugby Club….many a party was enjoyed in those fun days. In 1969 he met Gina by the beer fridge at one such party…fresh off the boat from England, she was charmed by him. The rest is history as they say.

Tragically Richard was diagnosed with Parkinson’s disease in 2000. Despite this, he remained amazingly fit and was deemed as his Neurologist’s star patient. His huge achievement was completing the New York marathon in November 2010. The Achilles track club guides ran with him all the way..while Gina and Marion were the cheering section. Being a member of the Kings Royal Regiment of New York became an important hobby. Bringing history alive- he participated in a reenactment on the Plains of Abraham in Quebec, where his ancestor had also fought in the original battle with the same regiment. Amazing. As his Parkinson’s progressed Richard and Gina still traveled and he enjoyed his woodworking and family history research.

Sadly, after a bad neck injury in 2019 Richard went to live at Rayoak Place in Toronto. Moving to British Columbia at the end of January2021, he then resided at Sidney All Care. Gina lived close by and visited often. Sadly his time with us ended on August 7th. 2021.  Fortunately Richards’s sister Judi was able to make a last minute trip from California to be with him and Gina. He passed away the day after she left.

The family would like to sincerely thank the staff of both Rayoak in Toronto and Sidney All Care for their wonderful  compassionate care. Also many thanks to the private PSW help he had at Rayoak, who still remain in touch.

Richard was an amazing person, he never complained about his situation and remained stoic until the very end of his life. A life well lived , with many wonderful supportive family and friends…plus his wife of fifty years by his side.

Funeral arrangements: September 9th at York cemetery and Funeral Centre, Beecroft Road in Toronto (North York) Visitation from 1 to 2. Funeral at 2pm, followed by burial. More details in the newspaper obituary which will be published August 20, 21. Globe and Mail plus in the Times and Transcript in Moncton NB. Note: The service will be live streamed and available on the Mount Pleasant website.