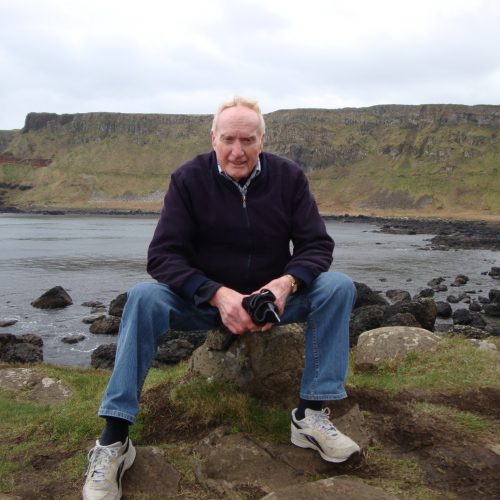 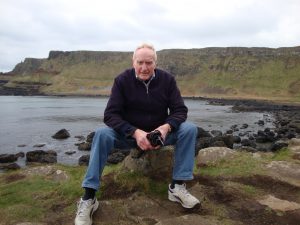 Theodore (Ted) Joseph L’Heureux passed peacefully on to the next great adventure on November 8,
2021.

At his 96 th birthday fourteen days before, he said, as the only one present who could know, that being 96
felt “different” than 95. But he was clear that while age may be a nuisance, he was the luckiest 96-year-
old around. His life was one whose adventures were never vaunted, adversities never dwelled upon,
and affluence never thought of, except in ceaseless and optimistic appreciation of 96-years of good
fortune, beloved family, and always landing on his feet.

Ted was born near the French settlement of Vawn, Saskatchewan on 25 October, 1925, and grew up in
the Canadian Bank of Commerce, after his novelty-enthusiast father contracted 28 teams of horses to
move the building to the family farm. As the great droughts of the early 1930s set in, 7-year old Ted
was obliged to move, with herds and household, to Leoville. That 17-day horse-drawn trek in the spring
of 1933 was immensely difficult, as must have been the Great Dust Bowl still to come, of which he
recalled drifts as high as snow banks. Whatever those challenges, Ted was quick to observe in his final
days that while life had had its bad times, which may have been very hard, they never seemed to last
very long, and always gave way to brighter ones.

The war years saw him posted to the Royal Canadian Navy’s headquarters at Greenock, Scotland. Later,
he took part in HMCS Uganda’s international goodwill tour, when it became the first Canadian warship
to round Cape Horn under sail. After leaving the navy, he was engaged on the great hydrographic
survey of coastal British Columbia aboard the SS William J. Stewart, before joining the Merchant Navy to
assist its post-war resupply role, in England and Japan.

The first L’Heureux in Victoria’s telephone book, Ted remained a Victorian the rest of his life, with many
happy summers at Shawnigan Lake. He was a loving family member and beloved by those who came to
know him during his several decades in the hotel industry and with the Victoria school board. In his
later years, he became a source of specialist knowledge of local hummingbirds: he finding them
fascinating; they appreciating a fellow sweet treats enthusiast.

Ted may be remembered by many people, for many things. Whatever the memories, each person who
knew him will share in remaining forever grateful for the living model of decency, integrity, and
thoughtfulness he embodied. A fine man enriched our lives, and those left behind will struggle for
lifetimes to approach half the unassuming example of him now resting eternally, at the end of the trail.