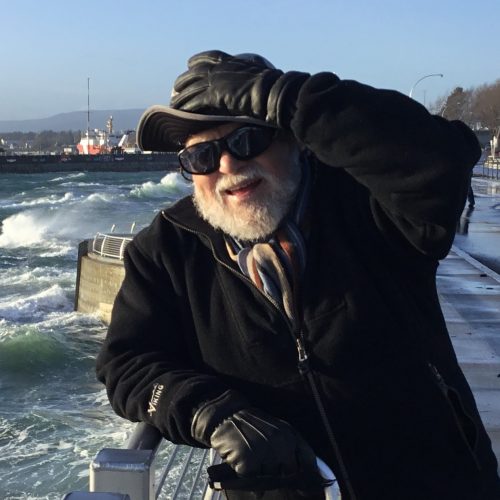 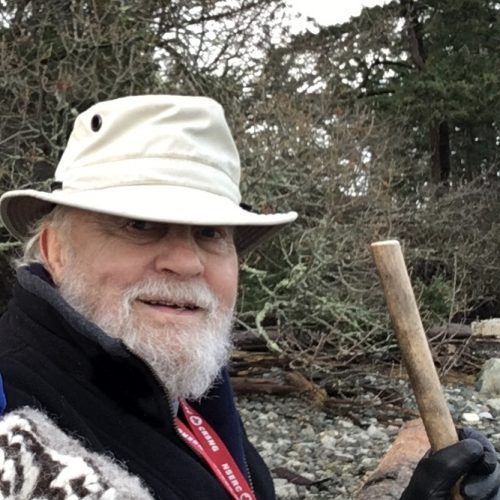 Hoke was born on March 23, 1938, in Anaconda, Montana, and died on March 4, 2021, in Brentwood Bay, British Columbia. After a series of small and then a major stroke, Hoke requested and was given a medically-assisted death in the comfort of his own home with his wife, Shannon Berch, at his side. COVID-19 restrictions stopped his loving family from physically being with him at the end but video-chats and phone calls connected us for final good-byes.

Hoke grew up in Enid, Oklahoma and was proud to have witnessed the first step toward integration of his high school, to have supported a sit-in at Downs Pharmacy lunch counter pushing for integration, and to have participated in anti-war protests in Washington DC. His primary early career was as a science writer for the journal Science and, although the back-to-the-land movement of the ‘70s drew him into non-traditional vocations such as communal hippie farmer and tree planter, his talent and passion for research and writing stayed with him throughout his life. He even turned his love for hiking, mountaineering and rock climbing into a series of training manuals. Hoke had an amazing memory and a story to fit every occasion.

After moving from Oregon to British Columbia with Shannon in 1985 and living in Vancouver for 8 years, Hoke and Shannon moved to Brentwood Bay where they bought the house where they then lived for almost 30 years. Long before having the house’s interior renovated, Hoke used his eye for hard landscaping and garden design to transform the boring lawn surrounding the house into a suburban garden paradise.

In Brentwood Bay, Hoke ran a landscaping business, did contract science writing, and volunteered at the Horticulture Centre of the Pacific. His main focus and passion there was the restoration of native vegetation and development of an ethnobotanical focus for the Centre.

Hoke was predeceased by his older brother Rodney Holcomb. He is survived by his wife of 36 years, Shannon Berch.  Hoke leaves his son Reid, daughter-in-law Amy, and grand-daughters Abbey and Jaden. Reid and Amy brought such joy to his life and, boy, was he proud of and awed by those grand-daughters. Hoke is also survived by his daughter Kara, by his sister Carolyn Holcomb Knaepple and her son Chad Rork, by brother Doug Holcomb and his wife Tina, their sons Mark, Chris and John and their families, by sister-in-law Carol Holcomb and her daughter Jean Roland and family; by brother-in-law Phil Berch, by brother-in-law John Berch and his wife Caroline and sons Eric and Alex (wife Mahdis); by cousin Cleta Walters and her family; by the Fullerton relatives.

Sincere thanks to our wonderful neighbours who selflessly helped Hoke and Shannon during the last week. It takes a village!

A Celebration of Life is planned for the summer once COVID restrictions are lifted. In lieu of flowers, please consider donating to initiatives in your community to restore natural ecosystems.